The best android emulators for PC

The Android Emulator is a simulator of Android devices on your computer, enabling you to test the software on a range of devices and Android API levels without each device. Almost all features of a real Android computer are supported in the emulator.
There are several legitimate reasons why someone needs to run Android emulators on a PC. Before shipping it out, app developers might attempt to test their program. The developers of mobile games and application need to test their developments on Android so they use the android emulator tool to confirm their latest software (application) before they reached the market. Gamers might like their games to use a mouse and a keyboard. Android gamers explore the big hardware-enabled platform. In reality, playing games is simpler and the android video games can be accessed on a larger and comfortable screen also you can fully test your applications on the big screen, Although games are certainly the most popular reason to use Android emulators. Anyway, below is a list of the most suitable Android emulators that you can use on your personal computer.

it is one of the emulators that offers you a wide variety of tools. Android Studio, IDE official for the development of Android applications. Android Studio delivers the best app creation software for any Android device. It is developed primarily for development companies and developers who actively evaluate their new apps with it. It relies on IntelliJ IDEA, a Java-based software development environment, and includes its tools for code editing and developers. They are perfect for working with developers to invent unique games and smartphone apps. One of the benefits concerning other options is that images of any Android version that has existed can be accessed and used from first to last.

BlueStacks is without a doubt one of the best emulators of Android on Windows and Mac you can find. Bluestacks is the most commonly known emulator for Android. That’s for a variety of reasons. It is primarily Windows- and Mac-compatible. It was also one of the first to work well and is now updated daily.
BlueStacks is designed specifically for the public gamer. BlueStacks has made it easy for the users to use it and to install it easily and contains multiple installed applications, the numbers of which can be expanded using the Google Play Store. The method of installation is very simple and intuitive, and it does not require prior experience. One of the best online playing options is BlueStacks.

Another popular Android emulator for PC is MEmu. Previously this Android emulator was known as Memu and is solely focused on video games. Like BlueStacks, Google Play integrating, mouse and key mapping, and several applications can be run and accessed simultaneously.
It is an emulator for PC with few resources who want to use it to play games, make game hacks since it allows you to have several Android emulators independently and run them at the same time. Besides a GPS emulation system, Memu also provides all sorts of facilities to move data between the PC and the simulator environment. One aspect of this software that its users emphasize is its strong results while playing games.

ARChon is an emulator built as a browser extension to Google Chrome. Google launched a technology called App Runtime for Chrome (ARC), which allowed Android apps to run on Chrome OS. Shortly after, a developer took advantage of this technology to create ARChon, an extension for Google Chrome that allows you to run Android apps directly from the browser. ArchON is a more focused app for developers who create applications for Chrome OS. It is the best way to run Android on Chrome OS. In other words, since it is complex, its installation is not a suitable solution for everyone and we will not recommend using ArchOn for games. On the other hand, if you like to use apps to improve Chrome OS performance, ArchOn is what you need.
It is possible to install and run Android applications or games through their APK files without leaving the browser. One detail to keep in mind is that before the applications can be installed in the emulator, they must be “transformed” through a tool offered by the emulator’s creator in the project’s official repository on GitHub.
Despite what it might seem, it is not a good option for the user who wants to “go easy”: its installation requires activating Chrome’s ‘developer mode’ because it is not included in the Play Store, and any app that we want to run We must previously convert it into a Chrome extension, using the tools that ARCHon collects on its website.

Droid4x is a well-known Android simulator for performance, user interface, usability and gaming power. It is a Windows 10 PC and mobile android emulator. You can run various popular Android apps and games on your windows machine with this emulator. It operates across all new Windows versions, including Win7, 8 and 10. You will enjoy installing Droid4X on your PC if you are using any of those versions of Windows OS.

LD player provides many useful gameplay features such as keymapping or playing a game from several windows from various accounts, running multi-instance scripts and pre-programmed games such as clash of clans. In addition to promoting virtualization technologies, LD Player is very useful when a virtual computer like an android emulator is used.
It’s a lightweight Android program that makes users a lot of guarantees and enables users to install games and play them without the network connection, which allows you to play online and use every Android software without hassle. Installation is very simple and the interface is easily grasped. One of LDPlayer’s great things is that you can download it free of charge and updates are still there. To access it, go and install it on your machine on the official website.

Lovers of video games know that Nox is the best simulator. It is very full, open, built and functions well all the time. It is very complete. You can not stop using it. since it has features that keep you hooked. Controller support, mapping capability, management control, among others are features which make it unique
NoxPlayer is among the best android emulators in mid-2020. It is especially realistic and easy to mount, based on the concept of running Android games directly on a PC. We can not speak about their interface because they are very clean and intuitive. It has one of the best graphics engines and also gives you a range of ways to set up settings with the keyboard and the mouse.

YouWave runs Android applications in the Windows PC. A huge, innovative software program that produces an Android virtual world within Windows, YouWave doesn’t seem like an app, because it doesn’t always switch from a small touch screen to a wide display. It’s a broad device. But YouWave runs your favourite Android apps on your computer.
YouWave offers you 2 choices to pick from. One is Android 4.0.4 (ICS) and the other is charged by YouWave Premium, which is supported by Android’s Lollipop edition (5.1.1). It’s one of the lightest android pc emulators. Besides, it is very easy to use, its GUI is incredibly easy and tidy. On your computer, you can conveniently emulate Android software. Do you like to try it?

Xamarin is a good simulator, but the installation for this software is more complex. As it works together with Visual Studio and is primarily used by Android developers who search for glitches in their games and applications. It is very light and runs on Windows and Mac OS perfectly. But Xamarin is not free, even though it is the best choice for developers (not recommend it particularly for consumers). You’re interested? Go to its official website and learn about the software.

In addition to great Android emulation, AndYroid has more tools. With this software you can sync apps with your smartphone, you can use Android applications more widely, and among them, you can use your phone as a control, among other things. Completely Windows and Mac OS compatible and allow you to emulate the most popular Google Play games. It will even let you use applications like Snapchat or WhatsApp directly on your computer. It will also give you a complete list of apps that you can use. It’s worth checking out

Did you already use all of them? What is your favourite? Do not forget to leave your feedback if our list helped you find the right emulator you need. 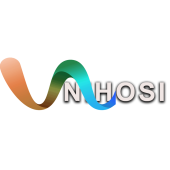 Netflix now no longer give away first-month free trial

What is Amazon Echo?